Cardless cash: the future of ATMs? 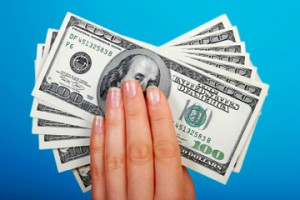 The fundamental basis of the consumer-ATM transaction has been unmodified since cash machines were first rolled out in the 1960s. You put a bank card–usually a debit card–into the machine, tap in a PIN and take out your cash.

Since the inception of the ATM the card has been central, but this could be changing as we see the arrival of ‘cardless cash.’

In Australia, Commonwealth Bank has introduced a new system that lets people withdraw money from their accounts at ATMs nationwide without the need for a debit card. Instead, consumers use their mobile phones and the bank’s app to generate a one-time code to withdraw up to AU$200.

Thousands of transactions worth well over AU$1 million have already taken place and it seems to be proving very popular. It’s very useful for a range of circumstances, not least because it allows someone to withdraw funds from an account without the card. For example, mom and dad at home in Perth can let their kids on a school trip in Sydney withdraw cash from the parents' account. As the code is unique to each transaction they can carefully monitor and control the amount.

“Cardless cash not only gives our customers convenient access to cash when their card isn’t available, but also the ability to help out a family member or friend by sending cash to an ATM for collection in an emergency situation,” says Lisa Frazier, executive general manager of Digital Channels at Commonwealth Bank.

A similar scheme, GetCash, was launched in the UK in 2012 but has been aimed at people who lose or forget their card–primarily for emergency use. The Commonwealth Bank program takes it a step further by integrating the idea of cardless cash into the mainstream, everyday bank and ATM experience.

Alternative methods of mobile-enabled cash dispensing offer the facility to “pre-stage” a transaction using a mobile device and then scan a QR code or simply use an NFC based “handshake” at the ATM in order to dispense cash based on the previously entered transaction instruction.

Cardless cash opens up all sorts of possibilities. For starters, by replacing card authentication with a smartphone app you can offer cash access to accounts that are not linked to a plastic card. This could take the form of any manner of funded accounts–consumers could even withdraw funds from their mortgage equity or from investments right at the ATM.

Moreover, it doesn’t necessarily need to rely on a smartphone. Biometric identification could potentially replace the app. Consumers could gain access to all their accounts simply by scanning their fingerprint or iris.

Whether cards are ditched or smartphones are superseded by biometrics, cardless cash shows the continual evolution of the ATM and just how interconnected the whole payments ecosystem is becoming.

One thing is for sure, cardless cash looks like it’s here to stay.