Can Bitcoin survive the regulatory onslaught?

Bitcoin, and other crypto-currencies, are a constant source of debate and concern for regulators. Are they a currency, private money or a commodity? Should they even be regulated or just banned, as in Bangladesh?

The treatment of Bitcoin and others like it matters for the banking and payments industry as it will impact their business models, profitability and, potentially, their existence.

As a currency, Bitcoin seems to fall down on one count. It is a highly efficient medium of exchange, and the blockchain methodology backing means it is an unarguable unit of account. However, as a store of value it is less reliable. Recent price swings make it riskier than the Russian ruble.

Really, the success of Bitcoin lies in its open transaction network and the technology, the block chain. However, we must not forget how regulators will respond. 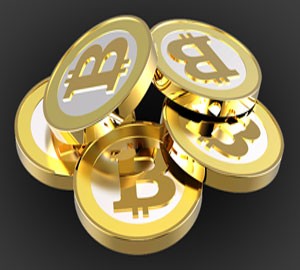 Henry Farrell, an associate professor of political science and international affairs at George Washington University, argues in the Washington Post that the financial network of Bitcoin is “doomed” because as it enters the mainstream it will become regulated into oblivion.

If Bitcoin shows signs of becoming properly established, governments would “ruthlessly act to isolate it from the international financial system,” he writes.

Governments use fiat currencies because they can control them. A fundamental shift in geopolitics and the nature of modern democracies would need to take place first. While this is not impossible, it’s also not to be banked on.

The Wall Street Journal’s Michael J. Casey is much more optimistic. Like Farrell he is less concerned about Bitcoin as a currency and agrees that what governments do with it is vital to its future, but he is bullish about the technology and the network.

“What matters is whether the exploding software innovation around crypto-currency leads to solutions that allow corporations and governments to derive benefits while protecting themselves from risks, including the volatility,” he says.

The sheer amount of venture capital pouring into the technology means it will stick around, even if the price volatility remains a barrier for years to come. And in the drive for transparency in global financial systems, governments from Mexico to Britain are examining blockchain technology closely.

The fact is that while Bitcoin technology has the potential to revolutionize global payments, slashing transaction costs and removing barriers to trade, it will have to fight for space alongside fiat currencies for a long time to come.

Check out NCR Financial Services solutions and learn more about what NCR can do for you.

Why the ATM is important to financial innovation

Developments at the ATM channel are actually now at the...