Can banking ever be free? 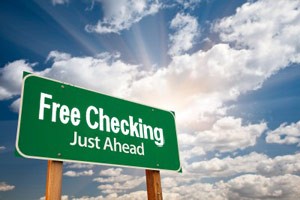 Banking is a service like any other, but should consumers have to pay up front? In many countries there is an expectation for banking to be free at the point of delivery, while in others it’s much easier to see where bank charges are. Checking account fees are rising in the US, while the number of free accounts is falling.

According to data from MoneyRates, the average monthly maintenance fee rose by 15 cents to $12.69 during the first six months of 2014. It means consumers pay more than $150 a year just to keep a checking account open.

Overdraft fees stand at an average of $32.48 per transaction, while the average minimum amount required to open an account is now at over $400. ATM fees are a different, but closely related, example. According to Bankrate.com, the cost of using an out-of-network ATM has risen to $4.35. These are not insignificant costs, but is the alternative - free banking - any better? Most consumers would instinctively say yes, but it’s not as clear as it first appears.

In the UK, free checking or current accounts are the norm. First introduced by Midland Bank 30 years ago, the bank’s former chief is now doubtful whether this was a good idea.

Hervé de Carmoy, chief executive of Midland Bank in 1984, told the Telegraph newspaper: “It was part of a fundamental change in strategy, but in retrospect, you could say it was imperfect reasoning. I don’t think we should have given up a major source of income [like that].”

And it’s an issue that is being closely looked at by the regulator in the UK, the Competition and Markets Authority (CMA), which is concerned that free banking may make it difficult for consumers to know how much they are really paying for their accounts.

More importantly for banks, it could be distorting competition in the market.

The CMA said: “It is also possible that there might be a degree of cross-subsidy in the personal current account market, which may be distortive of competition. Indeed, the “free if in credit” model often involves cross-subsidy by other revenue streams for current accounts such as overdraft charges."

Based out of NCR's R&D center in Dundee, UK, Robert Johnston is a global evangelist for NCR’s retail banking software strategy.  Here, Johnston shares his insights on the banking industry and how consumers are driving today's conversation.

Globally, tap-and-go payments in retail are booming and the...