Breaking the silos – why banks need to upgrade their IT infrastructure 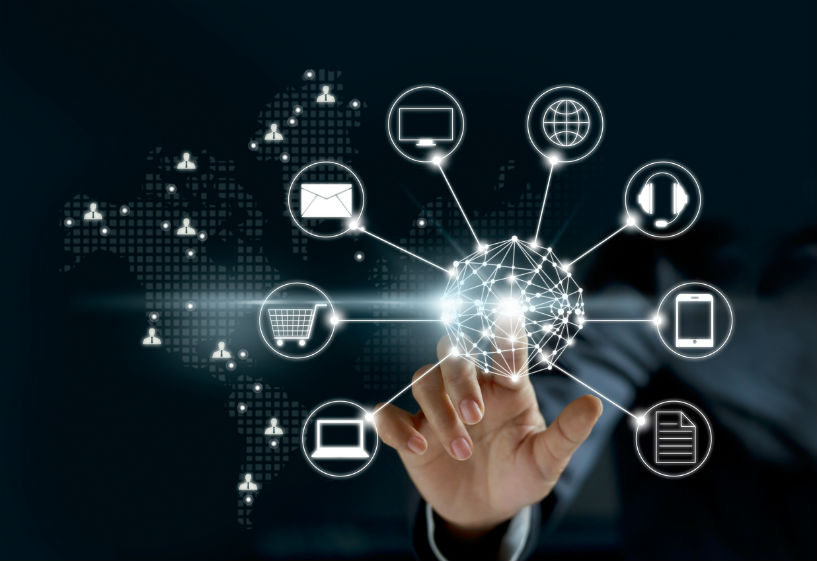 It’s currently a tough time to be a retail bank. Today’s customers have more choice than ever when it comes to managing their finances, and competition from innovative new players in the fintech space is fiercer than ever.

In order to keep up with these challenges, legacy banks have to change. And one area in which it’s vital for these organizations to improve is when it comes to their underlying technology infrastructure.

Too often, traditional financial institutions (FIs) are still getting by with the same systems they’ve had in place for the past 20 or 30 years, so it’s hardly surprising that these solutions aren’t well-equipped for today’s digitally-focused, omni-channel environment.

So why should banks be making the modernization of their IT infrastructure a priority, and what do they need to be thinking about in order to make such initiatives a success?

The need to break free from silos

One of the most common setups for legacy banks when it comes to their IT infrastructure is a highly segmented system, where each part of the business has its own separate silo. So, for instance, the people in the branch department will have their own system, as will those managing the bank’s ATMs, while digital operations will be housed in yet another separate system.

This landscape may have made sense a decade ago, but it doesn’t work in today’s omni-channel environment. Modern customers expect to be able to start a transaction or application in one channel, then come back later and pick it up on another. But this type of fluidity between channels can’t be achieved with the rigid silo systems that are in place in many financial institutions today. Instead, consumers will find themselves having to start from scratch, or be forced into a channel they didn’t wish to use.

For example, if I want to open up an account today, there’s no technological reason why I have to go into a branch to do so. If I want to complete the application from my couch and confirm my identity by taking a picture of my passport and sending it to the bank, I should be able to do that. Yet often, the reason I will be unable to do so is because the siloed systems of the bank make it slow and complex to implement.

As well as resulting in a poorer customer experience, this siloed way of working can have a huge impact on a bank’s efficiency. With no way of easily transferring customer information between departments, each part of the business has to build its own databases, meaning communicating internally is disjointed and error prone, causing inaccuracies are able to creep in.

In an environment with so many different sources of information, this will quickly become a major issue. Think about how many devices and ways of interacting with a business the modern consumer now has. It’s not just laptops, tablets and smartphones, but also TVs, connecting cars, home appliances – even virtual assistants like Amazon Alexa can create new touch points for businesses, and banks may feel overwhelmed by all these sources of data.

This results in a hugely fragmented system with frequent duplication of information. In fact, some banks think that as much as 50 to 60 percent of their business logic is duplicated between siloes. This is a huge waste of resources and can greatly increase the time taken to complete what should be simple tasks.

These outdated legacy systems are also a major headache to upgrade and maintain. This is something that’s becoming a major problem in today’s fast-moving environment, where banks have a constant need to refresh and build on their offerings to keep up with changing technological capabilities and customer demands.

In many cases, the age of the systems themselves are part of the problem. If a system is up to 30 years old, the chances are that the personnel with the skills and experience to fully understand it may have long since retired, and finding younger workers with expertise in these obsolete technologies will be hugely difficult. As this is one problem that’s only set to get worse, this alone could be a compelling case for modernization for some banks.

Keeping up with the fintechs

Improving efficiency and being able to offer a truly omni-channel service is increasingly important to banks as they no longer have the playing field to themselves. The emergence of a new breed of non-traditional players into the financial services market means that legacy banks will have to react. With new providers offering fast, efficient services at relatively low cost points, banks need to change in order to stay relevant.

It’s not only improving their level of service in order to compete directly with players. Another consideration is how they will actually interact and collaborate with these firms. In an era where the ‘open banking’ model of information sharing is being encouraged by regulators, banking systems will have to be available to these firms.

This ‘inside-out banking’, as Gartner calls it, will be a key way of operating for many FIs in the coming years, as they will become increasingly interconnected with external fintech providers to offer services that their own IT departments struggle to keep up with.

At the same time, banks also have to think about how they bring these providers within their own infrastructure – particularly if they are looking to expand their capabilities through acquisition of fintech competitors.

This is where having a scalable, cloud-based architecture becomes highly valuable. As the amount of data and demands of applications grows, it will become increasingly difficult for banks to cost-effectively manage their own data centers. But with the economies of scale provided by the cloud and the likes of Amazon, the cloud presents significant opportunities for banks to access advanced technology solutions more affordably.

However, despite the widely recognized need for modernization, there remain several barriers that hold banks back from making progress. In North America in particular, the industry remains extremely conservative when it comes to large-scale investment and overhauls to the way they do business. As a result, banks feel the need to maintain their legacy at the same time as they roll out new infrastructure, which can make any initiatives costly and time-consuming.

Therefore, taking an evolutionary approach is something that many FIs are wary of. And one increasingly common answer to this question is to try something more revolutionary by creating a whole new bank that can be used to introduce new digital services without impacting the way the main bank is run. Then, at some point in the future when the time is right, they can merge these operations.

I look at this approach as somewhat similar to what Disney has done in the film business. There, the company wanted to extend the type of films it made, but recognized that given its famous brand image, it could be difficult to make this work. So, it teamed up with companies like Pixar to try new things that wouldn’t necessarily fit into its main brand – eventually completing a full takeover of the studio after it became a proven success.

I think something similar will occur in the banking industry, with the bigger brands either creating their own separate divisions or supporting existing fintech providers with accelerator centers or other initiatives to lay the groundwork. Then in the coming years, once new architectures and infrastructures are delivering results, we’ll see the bigger names bring these solutions into their legacy brands.