The global market for self-service technology in the banking sector looks set to explode over the coming years, according to research that indicates the direction of the industry through to 2020. 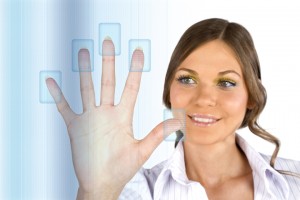 Allied Market Research says the global self-service technology market, which includes things like ATMs, kiosks and vending machines, will expand to be worth $31.75 billion by 2020.

Driving this growth is the need to provide more convenient services to customers, while at same time optimizing the cost of delivery. Also we can see that, on the ATM side at least, technology is playing a key role as it helps to make these devices more useful to the consumer.

“ATMs have emerged as multifunctional machines in the recent years. The easy installation process and the limited space required for deploying these machines would supplement the growth of this segment during the forecast period,” said the report.

But what else is driving ATM growth on the technology side? The report identifies two pieces of technology that are key to the growth in the self-service market - contactless and biometrics.

Contactless ATMs are taking root in several markets and it won’t be long before these are commonplace.

For example, 55 percent of financial institution executives surveyed for the 2015 ATM and Self-Service Software Trends survey from ATM Marketplace said they were planning to implement mobile ATM withdrawals via NFC in the near future. It also found that 69 percent are planning to implement some form of mobile-ATM integration within the next few years.

Meanwhile, biometric security services such as fingerprint recognition for secure authentication will boost the market growth, said the Allied Market Research report. Biometric ATM technology has already been widely adopted in markets like Japan, and it’s quickly becoming something that ATM deployers in every country are looking at more closely.

Research consultancy Goode Intelligence released a recent report claiming that by 2017, more than one billion consumers will access banking services through biometric systems. Adoption will accelerate where biometric ATMs are already in place - such as Japan, Eastern Europe and South America - and start to spread in places where the PIN is still the primary authentication method.

Of course, there are so many other reasons for ATM demand to be high - cash remains important to consumers and the ATM of the 21st century offers a huge array of services, many of which are replacing what used to be the preserve of the bank. But from the technology perspective, it’s clear that the combination of biometrics and contactless means the ATM channel is in safe hands.

Complying with ADA: the case for contactless ATMs

The Americans with Disabilities

Why contactless ATMs will win

Why should we care about a contactless ATM? Surely no one...