Bitcoin Rewards Down Despite Expected Rise In Value 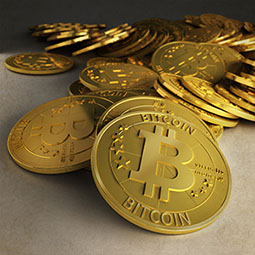 Analysts have predicted Bitcoin will undergo another strong surge in value in the near future, building on its positive performance since the end of 2015.

Despite the fact the currency now stands at a level not seen in more than two years, experts have predicted another marked jump in price could take place in the near future, as the current pattern of growth is highly typical of a currency on the verge of a breakout in pricing.

Bitcoin prices predicted to rally
Recently, Bitcoin has seen a convergence in its value, moving from a position of large peaks and troughs in performance to a daily average range in value that is far more stable.

When graphed, the performance of Bitcoin since June 2016 has been one of a converging triangle between these highs and lows; it is this pennant or flag pattern that has investors now predicting a strong upward surge.

Indeed, chief market technician at MKM Partners, Jonathan Krinsky stated in an interview with MarketWatch: "We're pretty much at that point where it should break out."

He noted that record-low bond yields and faltering growth in the global economy have played into the hands of Bitcoin investors in recent months, as the currency has been viewed as a lower-risk alternative to traditional investment options for many.

Reduction in rewards for data miners
However, it is not all positive news within the Bitcoin sector at present, as the financial rewards associated with data mining the currency - the practice of carrying out complex mathematical equations to verify blockchains of Bitcoin transactional information - have been dramatically reduced in recent weeks.

This is a process that takes place every four years and is designed to ensure the long-term stability in the value of the currency, while the process of data mining ensures global transactions are continually verified and authenticated.

Having been launched in 2008, the first halving of rewards took place in 2012 and saw a 50 percent cut from the 50 bitcoins per successful completion of a single transactional block, which was originally awarded, reduced to 25 bitcoins.

Now, July 2016 saw the next in this quadrennial rate reduction come into effect with the amount of bitcoins received per block coming down again to 12.5.

It therefore means that the profitability of carrying out these transactional checks has become ever-tighter in recent weeks, with some large-scale operations that are dedicated solely to this practice being forced to close.

Indeed, Reuters reports this was exactly the case for Sweden's KnCMiner, which filed for bankruptcy in May ahead of the scheduled remuneration cut.

Uncertainty for some, but opportunities for others
It therefore stands to reason that these dual factors are now causing some uncertainty within the Bitcoin sector at present and this too could play into price changes in the coming weeks and months.

However, with a likely uplift in value to take place in the near future, it is expected that the currency will continue to attract investors eager for a high-risk, high-reward approach to the makeup of their portfolio.