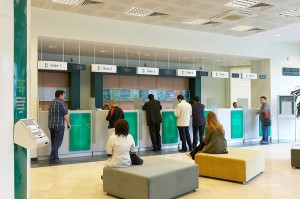 Fewer branches and more automation” seems to be the way we see the bank-customer relationship has been heading in recent years–or is it?

The simple truth is that there are sizeable differences internationally in the way consumers approach their need for the branch. In a sense, that’s hardly surprising when cultural and economic differences are taken into account, but the underlying science is indisputable–consumers still want a branch experience, and are not interested in how this affects the bank’s P&L.

Recent reports on the state of branch usage from around the world highlight just how varied the landscape is. In the US there has been a resurgence in the demand for branches. According to an American Bankers Association (ABA) survey, this is the preferred banking channel for 21 percent of US customers, up from 18 percent a year ago. While a small increase, it’s interesting that this is not just a measure of visits in a month, but for this part of the population it’s the method “used most often.” For complex transactions and purchasing big ticket products, there is little to beat a branch, although video technology and other advances mean that “branch” is now universally understood to represent human-to-human interaction, and not just bricks and mortar.

Take Europe next. The same story is being told for example, in the UK, where the branch is most definitely undergoing a renaissance, in no small part because of technological advances that make the experience in a branch far more efficient, engaging and relevant for the consumer.

Accenture data shows the number of people heading into a branch once a month has risen from 45 percent in 2012 to 52 percent in 2014. Interestingly this same survey found one-quarter of consumers in Britain would consider using a pure digital bank–one with no branches or call centers and yet paradoxically First Direct is still voted top UK bank for customer service, in Which magazine, with a go-to market model which unashamedly still offers its human call center as the primary engagement channel.

Across the Middle East and Africa, consumers execute twice the number of transactions in branch as their counterparts in Europe and North America. The interesting thing is that MEA customers are a lot more engaged with mobile banking as well, with the region showing a 40 percent higher adoption rate than the global average. In other words, more mobile interaction does not necessarily mean fewer branch visits–the two channels are complementary, and financial institutions are recognizing this with accelerated adoption of technologies designed to match the cultural and business needs of their customers.

In India, consumers head into their branch 1.75 times more than the global average, with 30 percent of that time spent buying products in that channel. On the other hand, South East Asia, as a whole, is a paradox. High adoption of mobile banking applications exist, with the greatest loyalty shown to those banks who can deliver excellent “direct bank” experience. And yet, those same customers still visit the branch twice as much as their western peers purely to make large cash withdrawals. Meanwhile, in South Korea we see just one in ten people using their branch.

In summary, while there is an undeniably compelling reason to accelerate to a mobile world, we should remember that mobile is still just one of several channels demanded by the customer, and that they are still king in this equation. The omni channel will only ever truly come to life when it is capable of delivering highly personalized moments of truth whenever, wherever the customer interacts with their brand–and that takes human-to-human interaction to make it happen.