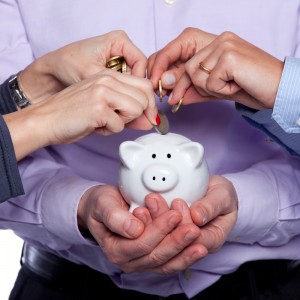 Self-service reinvention for financial institutions is about much more than reducing costs and increasing efficiency. It’s also about using technology to drive value-added services and significantly improving the consumer experience. The ATM channel is central to this and so it’s no surprise that banks are favoring automated or intelligent deposit ATMs to modernize the traditional self-service estate.

The very latest figures from RBR show the number of automated deposit ATMs are on the rise as financial institutions favor them over machines that offer fewer functions. According to the Global ATM Market and Forecasts to 2020 report, nearly a third (31 percent) of ATMs worldwide now include automated deposit functionality - a three percent increase from just a year ago. That means there are now over 1 million automated deposit ATMs globally. RBR notes there have been “substantial” deployment and modernization programs undertaken in markets as diverse as China, Indonesia, Singapore, Russia, Turkey, the UK and USA. Automated deposit at the ATM is now available on nearly half (45 percent) of ATMs in Asia-Pacific. In fact, Japan, China and South Korea are the world’s three largest automated note deposit markets. In 2014, Chinese banks added 73,500 new automated deposit terminals (ADTs).

Meanwhile, markets where automated deposit has not played a big part previously are now catching up fast as banks catch on to the convenience they offer consumers as well as some of the benefits this technology brings as part of wider branch transformation initiatives. For example, RBR notes that the first movers in Latin America have successfully demonstrated the business case, leading to an upswing across the region in automated deposit of cash at the ATM.

The number of ADTs in Latin America rose by more than 50 percent to 11,000 during 2014. Mexico is the leading light, accounting for 30 percent of operational automated deposit machines. There are a range of reasons for deploying ADTs, some operational, some strategic. But increasingly it seems that banks are using these machines not only to improve efficiency, but also as part of wider self-service reinvention and ATM modernization initiatives.

Financial institutions realize that boosting self-service provision at the ATM to offer more functionality is actually what consumers want, particularly given the convenience that they utilize mobile and online banking. It is understandable that consumers would want this replicated at the ATM. Sisi Wang, RBR’s China country specialist, said: “Branch transformation is playing an increasingly important role in driving ATM deployment. Even in a relatively low wage economy such as China, banks believe they can generate efficiencies by migrating cash transactions to self-service channels.” Encouraging as the figures are, automated deposit is just one piece of the branch transformation jigsaw.

Focusing on how to provide the best solutions to achieve the right strategic mix of personal, assisted and self-service all ultimately need to be considered in order to improve the customer experience, reduce costs and generate new revenue streams.