ATMs – the next mobile frontier? 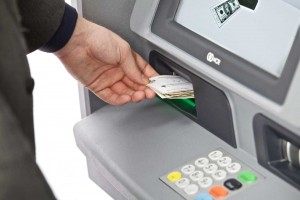 ATMs rewrote the rulebook on how people interact with their banks. Suddenly, customers could access some of their key banking services 24/7 using self-service.  In many ways, the ATM has been a springboard for much of the banking revolution we’ve seen in the past few years.

In a world where banking is becoming less and less geographical and more mobile, will a fixed point for cash withdrawal even be relevant in a few years’ time?

Cash use is definitely not going out of fashion just yet–80.7 billion cash withdrawals were undertaken at ATMs in 2012 totaling $13 trillion. There’s clearly still high demand for ATM-based cash withdrawals, with the global ATM install base estimated to surpass 3 million by 2015. The way in which consumers interact with the ATM, may be about to change from card to mobile-based interactions.

ATMs are quickly becoming more closely integrated with mobile payment systems. So much so that this was a key theme in the 2014 ATM Software Trends and Analysis report from ATM Marketplace. Customers can pre-stage cash withdrawals through their mobile banking apps and then, when they reach the machine, they already have everything they need to make the transaction.

A number of technologies are currently being trialed, from QR codes that can be scanned at the ATM, to single-use passcodes that are entered via the existing keypad without the need to insert your bank card. NFC payday loans and other forms of contactless mobile-based cash withdrawal are also being explored. Each of these methods are likely to reduce the valuable time a consumer spends at the ATM. The transaction is pre-staged prior to arrival and completed in minimal steps while at the ATM. Probably the most important feature, yet understated, is the transaction doesn’t require the insertion of a card and therefore has inherent security benefits for both the consumer and financial institution.

Of course, as technology evolves, enabling additional and secure methods to interact with the ATM can take on a whole new role in non-card transactions. For example, person-to-person remittance could become a bigger component of ATM activity–send a friend a code they can use to extract your cash via a fast cash withdrawal from the machine. Cardless accounts or digital wallets could in time be integrated into, and provided access to, physical cash.

Interoperability remains a concern, so it may not take off in the next couple of years. But banks are already introducing mobile ATM withdrawals in some areas, and it’s a trend that’s only going to grow.

Colin and Scott are responsible for Marketing and Strategy based at NCR's R&D Center in Dundee, Scotland. They are responsible for the marketing of NCR's Financial hardware portfolio with a specific focus on Financial Hardware, Cash Dispense ATMs and wider financial industry marketing trends. Here, they share their insights on the banking industry and emerging trends around the ATM and financial services.