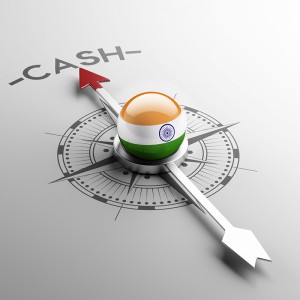 Financial inclusion has become an important topic in the last few years as new technology makes it possible for more people than ever to progress from purely cash-based economies to using more diverse financial channels. For example, in Kenya we’ve witnessed a big shift thanks to the success of M-Pesa, a simple, easy-to-use mobile money service that delivers financial inclusion without the need for a formal account.

Things are a little different in India, however. There, just 35 percent of adults have access to formal bank accounts, according to the World Bank.

India is a cash economy - 43 percent of people with an account have made no deposits or withdrawals in the past 12 months. Some 230 million Indians still use cash for utilities and school fees. Cash accounts for 98 percent of all consumer transactions, according to MasterCard.

Improving access to accounts is one thing, but getting people to use them is another. There are many layers to this, from the tax implications of a bank account (you probably need to start paying tax!), to the fact that merchants rarely have the capacity to accept card payments. Meanwhile, tight central bank regulation of the payments space has certainly hindered mobile money schemes, which could hold a real potential in a country where mobile phones are ubiquitous even if bank accounts are not.

For example, in order to withdraw cash through third-party agents, consumers need to submit to comprehensive know-your-customer (KYC) checks which can prove a real hurdle. India’s government has talked about an income tax rebate to consumers “for paying a certain proportion of their expenditure through electronic means”.

But the drive for financial inclusion has to start with something simpler than this - basic current/checking accounts coupled with ATM access. The government wants every Indian household to have a bank account by 2018 and for there to be an ATM within 15 minutes’ walk of every Indian by 2016. This is no easy task when there are just 13 ATMs for every 100,000 people, but the government has just announced a “massive” ATM deployment plan to plug the gap.

“To provide better access to financial services, especially in rural areas, we will undertake a massive nationwide rollout of ATMs and micro ATMs in post offices over the next three years,” finance minister Arun Jaitley said in his Budget speech for 2016-17.

Having more ATMs with the right functions is vital to driving financial inclusion. Few banks can afford to establish branches in new, rural locations, which has always been a key barrier to many having access to formal accounts. Whether India's post offices actually roll out video tellers or not, multi-function ATMs can act like a ‘mini branch’ where customers can conduct many - although perhaps not all - the same transactions as they could in branch.

With this move India seems to have recognised that the humble ATM is key to financial inclusion.

Financial inclusion is increasing rapidly around the world....