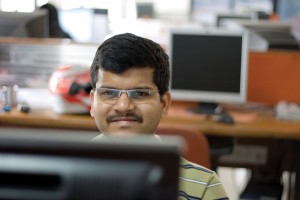 We recently saw in the ATM Future Trends 2015 report from ATM Marketplace that enhanced ATM capabilities are changing the way that people do business with their bank. In India, branch transformation is being driven by new technology and developments in the ATM space that is creating fresh channels for customers to engage with their bank.

Indian consumers have expressed that they want to pay bills at their ATM, withdraw cash in different denominations, cash checks and do many more transactions that would normally require the consumer to go into the branch. In addition, the report highlights that some new requirements that are even completely outside the banking channel, for example, 21 per cent of customers want to buy event tickets through an ATM.

The survey also showed that, in India, 50 per cent of customers would rather go to a drive-up video enabled ATM with a remote teller to carry out a transaction, than go to a branch. Interestingly, it’s the younger age groups who prefer the branch, whilst those aged 35 and above tend towards the video teller.  Moreover, four in five consumers said that having an ATM nearby was more important than having a branch close at hand.

The message is clear that customers want more flexibility on where they choose to do their banking and this is at the heart of the discussion around the ‘branch of the future.’ The introduction of assisted service, which is the merging of ATM technology and the human touch offered by a branch teller, is being highlighted as the future.

“This self-service model has been propelled by the development of advanced hardware — teller cash recyclers, video teller machines, cash recycling ATMs — and the sophisticated software that not only drives them, but also serves as [a] link to tablet-equipped staff no longer tied to a teller desk and computer monitor,” the authors of the report say. “FIs are seeing this new technology as a way to reduce the branch footprint, realize cost-efficiencies in staffing and operations, and redirect staff time from teller functions that create cost to sales functions that generate revenue and reinforce customer loyalty.”

Another factor to consider is safety and security. Today branches offer a place that is safer to withdraw cash; so peripherals such as a video camera at ATMs were desired, while 67 per cent would actually like to have a guard on duty at every cash machine. Nevertheless, just five per cent of Indian consumers are worried about being physically assaulted when withdrawing cash. Perhaps this is partly because people are withdrawing less cash from ATMs.

Fifty-five per cent of consumers say they carry less cash now, only one in five reported that they carry more cash. The report raises the fact that consumers are thinking about how much they should visit and what they want to be able to do at an ATM. Clearly, the role of the ATM is changing.

This must move away from merely being a cash machine to something that opens up a whole range of bank services to customers and this will be hugely important for reinventing branches.

With nine years in the financial technology sector, Shelagh comments on industry trends and innovation. Her vision is to empower financial institutions in achieving a seamless and personal customer experience across the Omnichannel.

What do customers value in a branch?

Bank customers are increasingly making greater use of...