ATM security - is yours up to standard? 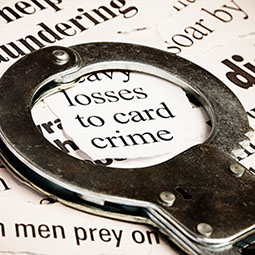 The ATM remains an extremely important element of the modern retail banking industry - both in terms of how customers access and manage their accounts and how banks deliver their services.

According to the latest figures from Link and Payments UK, the number of ATMs in Britain continued to rise in 2015, surpassing 70,000 for the first time. Around nine out of ten cash machine users (89 percent) take money out at least once a month. In the US, recent data from the Federal Reserve showed that 62 percent of mobile banking users with smartphones still named the ATM as one of the three most important ways they interact with their bank.

In light of this ongoing importance, banks should be doing everything they can to guarantee security across their ATM network, including using the best available software and services.

The fact that they are such an obvious target for thieves and therefore tend to have strong security measures has not deterred criminals from coming up with new ways of attacking ATMs. Financial institutions need to ensure they are aware of the latest threats and putting the necessary measures in place to protect themselves and their customers.

According to a report in Indian English-language newspaper the Hindu, there has recently been a wave of public concern over the safety of ATMs and bank accounts in Kozhikode, following a number of cases of fraud in the city. It was suggested that some banks are being slow to evaluate the security of their cash machines, with only the State Bank of India issuing specific instructions for managers to look into the issue.

However, one manager of a new bank in the city said: "We have been using anti-skimming solutions in all our ATMs to ensure total security. As an additional security arrangement, the cash depositors have been asked to try different types of anti-skimmers at the ATMs."

Skimming - which involves using a device to illegally collect data from cards when they are inserted into machines - is one of a number of ATM security threats. Others include:

The ATM channel is still extremely safe and reliable. The number of crimes is a very small percentage of the total number of transactions that occur at ATMs.   Solutions to prevent crimes and attacks are in widespread distribution and more and more ATM operators are now deploying strong prevention measures against these crimes.  However, crime does not stand still.   Criminals continue to try to evolve their attacks to circumvent the protections.  As the criminal methods being used to target ATMs grow ever-more innovative and diverse, so must the range of security solutions deployed by financial institutions.

Integrated anti-skimming tools can help your bank keep up with the latest developments in skimming devices, while protective measures like ink staining and anchoring can deliver an added layer of security against physical attacks. It's also important for ATMs to be equipped with the most effective software to protect against logical attacks, which can be expected to rise in prominence as criminals become increasingly sophisticated.

Employing measures such as these will help to ensure your company and customers have the best possible protection against ATM attacks, which not only pose a clear financial risk but can also do serious harm to a bank's brand and reputation.