Financial inclusion is a hot topic, with efforts regionally and globally shaping up to increase access to banking services.

The latest World Bank report showed a 20 percent drop in the number of ‘unbanked’ individuals to two billion between 2011 and 2014 as more than 700 million people became account holders at banks, other financial institutions or mobile money service providers. 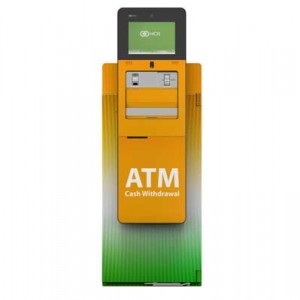 As part of building greater financial inclusion, ATMs need to be rolled out to more locations to serve customers in parts not previously reached by banks.

Government mandates requiring banks and FIs to provide more ATMs are a key part of strategies to boost financial inclusion, but this poses questions for deployers about costs and returns.

In India, for instance, more than 60 percent of the adult population is classed as unbanked or underbanked.

Just 74,000 of India’s 600,000 villages have access to banks. The government recognizes that branches are expensive and therefore that the “efficient and cost effective method to cover rural areas” is to extend a massive network of banking correspondents (BCs).

While BCs solve the branch problem, ultimately India is going to need a lot more ATMs and the government is aiming for one within 15 minutes’ walk of every Indian by 2016.

To make sure these ATMs are used, Prime Minister Narendra Modi wants every Indian household to have a bank account by 2018.

Such an ambitious strategy will require a significant investment by banks and other FIs who deploy ATMs. India currently has just 13 ATMs per 100,000 adults, according to World Bank data, making it one of the least developed ATM networks anywhere in the world.

So far, the cost of installing and operating an ATM has been one of the major barriers to expanding these services to customers in more remote and poorer regions. Anything that helps banks and FIs reduce deployment and operating costs will be a help.

New ATM technology, such as NCR’s SaaS and thin client ‘Kaplana’ eco-system, will make a big difference. This delivers cost savings of up to 40 percent in the ATM network total cost of ownership.

The ATM will be key to driving financial inclusion in India; banks need to find ways to reduce the total cost of ownership now to meet the demands being placed on them.

Got your head in the clouds? NCR has headed to the cloud...