ATM proves to be a popular banking channel among US consumers

American consumers are relying on cash machines more than ever before, according to the latest statistics from the US Federal Reserve that highlight how bank customers continue to use ATMs and branches more than online and mobile banking.

The recent annual survey on banking habits is full of interesting snippets of information, with many data points about the way Americans interact with their money. One of the key takeaways from the report on consumer banking trends is that ATM use has actually increased year-on-year.

Almost 75% of consumers in the United States still use an ATM as part of their everyday banking activities. 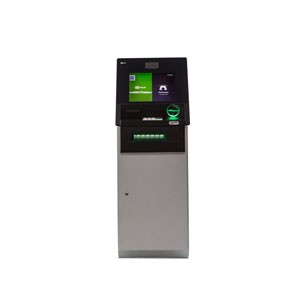 The use of the physical branch has also increased. While mobile and online banking (74%) usage is significantly increasing, it is interesting to see that the ATM and branch is still of great importance for consumers.  This is despite numerous articles that tell us the conventional banking channels are on the decline, as they compete with digital channels such as PayPal and ApplePay, as well as diverse crypto-currencies such as Bitcoin.

This upward trend in ATM use is backed up by recent figures from Retail Banking Research (RBR) that show the US currently has 432,000 ATMs, with around 110,000 bank branches. These ATMs undertook 5.6 billion cash withdrawals totaling $691 billion, up 4% from $666 billion in the previous year – further evidence that the ATM is still a trusted and convenient channel for US consumers, who still place their trust in cash.

Given this increase in ATM numbers and their usage, the theme of usability and consumer experience is likely to become of even more importance to banks given the growing number of ATMs that are expected to be installed in the United States. The most recent estimates from Retail Banking Research suggest that 438,000 ATMs will be installed in the United States by 2019.

ATMs are cropping up in ever more diverse locations – ATMs are found in shops, hotels, gas stations and airports, among other places, offering a wide range of transactions. Given the continued use of ATMs, it is going to become even more important that the consumer experience at the ATM is intuitive and fulfilling.

A solution, such as the NCR SelfServ 23 Cash Dispenser, brings a modern aesthetic and new design to the ATM channel, with a look and feel similar to what consumers would be used to on a smartphone or tablet.

ATMs such as these should continue to prove popular in a market where mobile and online banking will increase, but consumers will be looking for a consistent user experience when withdrawing cash. Given these trends, future reports into consumer banking preferences will be of further interest – where we will perhaps see further evidence of the physical and digital channels converging even more.