The economic challenges facing Greece where capital controls have been imposed and the country’s 3,000 bank branches are forced to close, highlight the huge role that cash and the ATM play even in developed markets. The nation’s economy is already struggling, and when most transactions are done in notes and coins, it becomes even harder when the amount of cash in circulation is being limited at the country’s 6,000 ATMs.

Cash plays a particularly large role in the Greek economy - more than in many other European nations - so the physical response to the crisis (limiting consumer’s cash withdrawals at the ATM) has a more marked effect than it would have elsewhere. It shows that for all the ways payments can be made and money can be moved, the physical process of taking cash from a bank or ATM is still pivotal to the functioning of a modern economy. 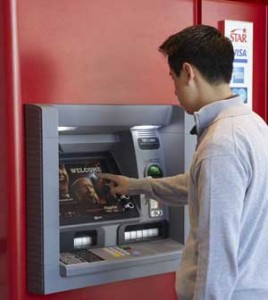 Given the current focus on the importance of cash, consumers in Greece may now be thinking more than normal about how the cash they physically withdraw from the ATM gets through the note presenter slot, into their waiting hand and then, most importantly, into their wallet or purse at this

While most consumers may not spend the 20-25 seconds of their ATM transaction thinking about how the cash gets from inside the ATM to them; the dispenser (or media dispense module) at the heart of an ATM is actually of fundamental importance for financial institutions in providing cash to consumers where and when they demand it.

Consumer expectations of their financial institutions have never been higher and in Greece, consumer demands of banks have never been so important. Cash continues to be the primary means of payment for at least 85% of global payments and this, in turn, is driving demand for fast, secure and convenient access to cash. Such is the demand for cash globally (particularly in emerging economies), that a bigger note bunch size in single transactions at the ATM is needed in line with the overall growth of the ATM markets, which is expected to see over 4 million ATMs (a 33% increase from 2015) by 2019 handling well over 90 billion cash withdrawals (a 10% increase from 2015) each year, estimated to total over $13 trillion USD. The importance of cash highlighted by the fact that $426,000 USD is withdrawn every single second from ATMs globally (Retail Banking Research 2014).

To meet these growing consumer demands and pressures, such as those seen in Greece, the dispenser within the ATM has to be capable of ensuring high ATM availability, reliable performance, increased security and service efficiencies at all times. In short, the core technology in the ATM, now more so than ever, is needed to help Financial Institutions serve consumers effectively and efficiently. This is a particular challenge while relying on the ATM to handle a mix of poor and high quality notes and mitigating all security risks. All of this when average ATM use in Greece, for example, is increasing at the moment by up to 10 times the average.

Any ATM dispenser, therefore, looking to meet the demands of consumers in 2015 and beyond must be able to handle the challenges such as mixed and sometimes poorer note quality and variance, a mix of polymer and paper notes as well as provide new security features.

To give some background, at a basic level, a dispenser in an ATM works by:

All of this is done in a challenging service and operational landscape. Think of the number of environmental challenges for dispensers in an ATM, such as greater exposure to extreme weather – dust, sand, temperature fluctuations and installations seen in hot, humid climates such as in Greece all impact the performance of the dispenser at the heart of the ATM.   It’s therefore important that from a service perspective an ATM is easy to maintain and components in the ATM can be changed directly in the field. Some of the factors that improve this are having every unit item field replaceable units in quick and plentiful supply, or alternatively an ATM can also have state of health indicators for easy fault identification and resolution.

Banks may gradually re-open in Greece, but queues and ATM use remain high. Back in 2013, a near neighbor of Greece, Cyprus, also faced similar economic challenges and consumers rushed to withdraw their money from ATMs. What is interesting is that in Cyprus this marked the beginning of a new era regarding the trust that consumers now have in their banks. This is very fresh in the minds of the people of Greece given the very close cultural ties between these two countries. Just like Greece, for 2 weeks back in 2013, the people of Cyprus were only able to get money from ATMs, so the ATM once again was a consumer’s best “banker” despite the limitations on the amount that they could dispense daily per customer.

In summary, particularly at peak times or those with economic uncertainty, we often see peaks where consumers demand access to cash in high volumes in high frequencies. A robust and reliable media dispense module within an ATM ensures that a financial institution has an ATM with the availability to dispense cash ultimately 24/7/365. Consumer demand for fast and secure access to cash, as seen in Greece, remains strong. With ATM use increasing and more cash in circulation – this is a clear sign that a robust media dispense module at the heart of an ATM is needed to meet the media handling capabilities of both of global banks and consumers all around over the world now and in the future.

Check out NCR Financial Services and learn more about our ATMs.

Not everyone has traded in cash for plastic: why cash still matters