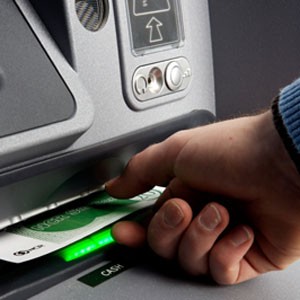 United Kingdom consumers love their ATMs. Their frequent engagements with ATMs have helped the nation steadily grow in reliance on ATMs over the last five decades.

According to financial industry data, the UK now has more than 69,000 cash machines, and around three-quarters of these are free to use - a record on both fronts.

There are more ATMs in use around the globe today than ever before and in the UK, consumers meet the three biggest influencers -- ATMs are plentiful, often free to use, and easy to find.

This plays interestingly into the way Britons use their ATMs. The average transaction amount taken out in 2014 was around £80, or about $124 (USD). According to Retail Banking Research, the average cash withdrawal for each transaction around the globe is $160.

It seems plentiful, free-to-use, ATMs means consumers in the UK pick and choose how much they need to take out without worrying about charges.

“ATMs are going from strength to strength as cash remains a vital part of so many people’s lives," said John Howells, chief executive officer of the LINK ATM scheme.

He says the industry continues to invest in cash as a payment method with more ATMs and continued innovation, like that seen in the new polymer bank notes announced by the Bank of England.

"It’s reassuring to see this time-tested payment method stands its ground, and I’m excited to see what the future will hold as we move into 2015,” Howells said.

Last year, ATMs proved to be busier than ever in the UK.  In fact, 2014 was a record-breaking year for automated cash dispensing.  This was best exemplified on December 24, when the last-minute dash for holiday cash hit a new peak. More than £662 million, roughly $1 billion (US), was withdrawn from ATMs by consumers in the UK, according to data from LINK This was the highest amount for a single day in a decade.

To put these numbers in context, it meant £28 million was withdrawn in cash every hour, or £400,000 each minute. It was a whopping 22 percent increase from the same day in 2013 and a 28 percent increase on an average day for a UK ATM.

This further demonstrates that despite the rising use of other electronic means of payment, cash is still hugely important to consumers.  With financial institutions focused on delivering services to consumers that help lower cost, generate revenue and improve the consumer experience, it seems the ATM will continue to be of importance as consumer demand for cash remains high.

Five things to do at ATMs you’d never thought possible

Want to buy a goat to sacrifice? Depending on where you are...