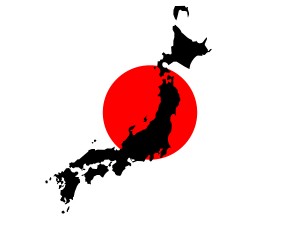 Japan is preparing for a big influx of foreign visitors in 2020, when Tokyo hosts the Olympic Games. While there’s all the usual strains on hotels and transport systems to contend with, the country also has to ensure its ATM infrastructure is fit to the task.

Until now, the country’s biggest banks have not connected ATMs to global networks, leaving many foreign tourists unable to access cash. The exception has been the ATMs of Japan Post Bank and Seven Bank, as well as a handful of Citibank machines.

Japan has been able to evolve its ATM infrastructure in relative isolation - few foreign visitors and a huge domestic market means there hasn’t been the business case for banks to pay to connect to Visa and MasterCard networks.

But with the Tokyo Olympics just around the corner, coupled with broader government plans to double tourist numbers, banks are preparing the ground by upgrading a number of their machines so they may be used by tourists. According to the Wall Street Journal, the Bank of Tokyo-Mitsubishi will begin linking 1,000 of its ATMs this year. The other two giants of Japanese banking, Mizuho and Sumitomo Mitsui Banking Corp, are doing the same.

Along with basic compatibility with foreign cards, another factor to consider is the usability and accessibility of Japan’s domestically-oriented ATMs. Language and script settings will need to be adaptable. Fortunately the software in place makes this easier than ever.

Banks will want to look at how they can easily integrate modern ATM software with their existing systems. Upgrading existing or installing new ATMs is not free, so banks will also be looking to cut running costs any way they can.

ATM upgrades are only one aspect of the changes. Bank of Tokyo-Mitsubishi has also unveiled a multilingual robot to help foreign customers during the Tokyo Olympics. NAO, a robot “teller,” speaks Japanese, Chinese and English.

Interestingly, a similar situation arose in 1998, when Japan hosted the Winter Olympics in Nagano. Visa worked with deployers to install 12 foreign-card friendly ATMs around Games’ venues on top of the five already in place. Things have moved on, but Japan is still operating its own card system. With EMV chip cards growing globally, we will wait and see whether this process of ATM upgrades marks a step-change for Japan’s banks.

Money makes the world go round. If cash really is going...