Are you ready for biometric banking? 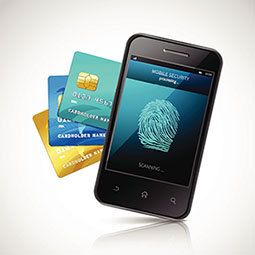 There are signs that biometric security features could be the next big thing in banking and payments. High-profile names in retail banking like Barclays and HSBC have already adopted biometric technology in some form, while research from Visa has suggested that UK consumers are nearly twice as likely to trust banks as government agencies to store their biometric data.

This is clearly an area with serious potential for expansion and increased influence, but as with any major innovation, it's likely to raise some unique security questions.

The findings showed that levels of trust in these technologies has risen considerably over the past two years, partly because more consumers are becoming comfortable with using facilities such as fingerprint authentication for mobile payments. Nearly nine out of ten people (88 percent) identified fingerprint recognition as the most secure form of payment, putting it ahead of iris scanning (83 percent) and facial recognition (65 percent).

Kevin Jenkins, UK and Ireland managing director at Visa, said this new "payment revolution" represents a "tremendous opportunity" for banks. "From trialing voice recognition to behavioral biometrics for authentication, we're already seeing banks - both high street and challenger banks alike - making positive steps to adopt this technology in a variety of use cases," he added.

One such bank is Barclays, which recently announced that it was extending voice security technology to all of its customers, removing the need for passwords. The company claimed that its telephone banking service will be "easier to use and more secure than ever".

Steven Cooper, CEO of personal banking at Barclays, said: "We can all relate to the frustration of forgetting a password at the crucial moment. Voice security can cut out that part of the call completely and, unlike a password, each person's voice is as unique as a fingerprint."

Biometric technology offers some big security benefits, but you will also need to be aware of the unique challenges and demands that could accompany the growth in these technologies.

Cyber security firm Kaspersky Lab has warned that, while financial institutions might see biometrics as an exciting step forward in authentication methods, criminals will view this burgeoning field as an opportunity to access sensitive data. Investigations by the company found that there are at least 12 sellers offering ATM skimming devices with the potential to steal customers' fingerprints. Olga Kochetova, security expert at Kaspersky Lab, pointed out that the very feature that makes fingerprints and iris scans so useful for authentication - their uniqueness - is also the biggest flaw in the system.

"The problem with biometrics is that unlike passwords or pin codes, which can be easily modified in the event of compromise, it is impossible to change your fingerprint or iris image," she said. "Thus, if your data is compromised once, it won't be safe to use that authentication method again. That is why it is extremely important to keep such data secure and transmit it in a secure way."

As with any significant innovation, the increased use of biometric data in banking and payments will raise some unique questions for financial institutions. But for those that are able to provide the right answers, it could prove to be one of the most important modern developments in the financial services industry.