Are in-store biometrics about to take off? 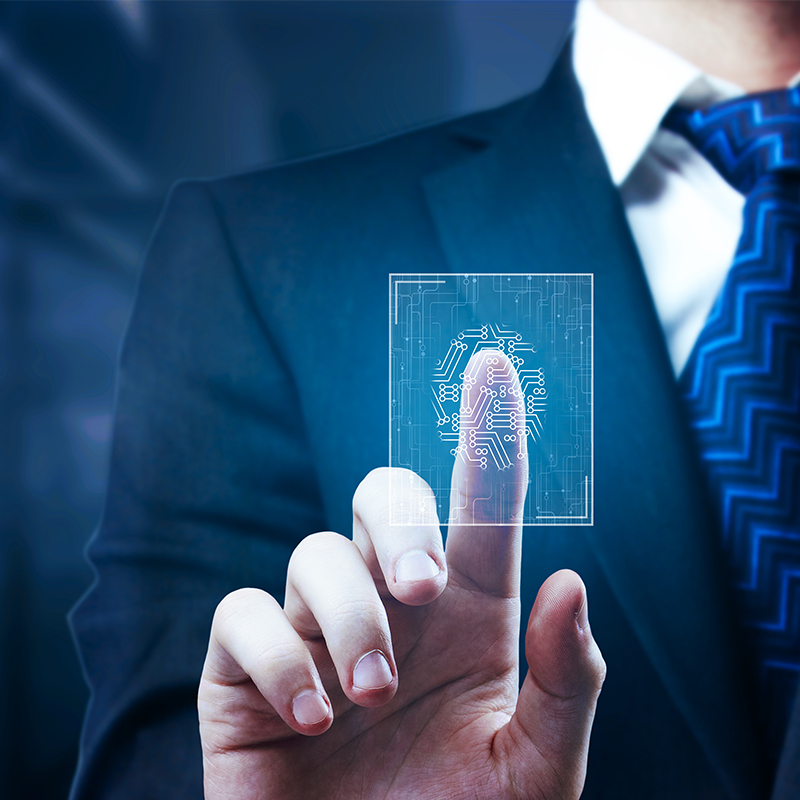 Millions of users of smartphones and other advanced devices around the world are already familiar with biometrics. People have been using their fingerprints to unlock their devices for years, while the recent unveiling of the iPhone X provided details of Apple's Face ID facial recognition system.

With biometrics becoming increasingly common on privately owned devices, will wider expansion into the public space be the next step for this form of authentication?

The potential for in-store biometrics
Authorizing payments with a fingerprint or iris scan could soon be a common sight in high-street stores, with consumers reportedly interested in the combination of security and convenience this technology could offer.

In a survey of more than 2,500 consumers in the UK, payment processing firm Worldpay found that nearly two-thirds (63 percent) of respondents wanted the option to use a biometric scan to authorize in-store payments.

Fingerprints took by far the highest share (69 percent) of the vote regarding what body part people would be willing to use to identify themselves. Iris scanning (33 percent) was the next most popular option, followed by facial (24 percent) and voice recognition (18 percent).

Worldpay put the growing prevalence of biometrics and mobile payments in the context of wider trends. It noted that the emphasis placed on speed and convenience by the likes of Amazon is leading consumers to expect the same sort of shopping experience in physical stores.

James Frost, UK chief marketing officer at the firm, said: "Today's digitally-driven consumers want the way they shop to be consistent across every channel, including how they identify themselves when making a payment. As biometric identification increasingly becomes a standard across smartphone devices, the combination of these two technologies is starting to win the battle for hearts and minds when it comes to simplicity, convenience and seamlessness across all channels."

Many established financial institutions around the world are getting behind biometrics. Australia's ANZ recently rolled out its Voice ID authentication system for mobile payments, while Bank of America is working with Samsung to pilot technology that lets customers log in to mobile banking by capturing an image of their eye.

In India, meanwhile, NCR is involved in a nationwide rollout of next-generation ATMs offering biometric user authentication, in addition to cash recycling and other features that could prove beneficial for banks and customers.

NCR has also been working with Eazy Financial Services, a Bahrain-based fintech firm, on the region's first biometric payment network. The system will allow consumers to register their fingerprint with their bank and use this biometric data to authorize ATM or point-of-sale transactions, removing the need for a card.

In an interview with PYMNTS for the site's latest Digital Identity Tracker, Hari Gopalkrishnan, managing director of consumer-facing platforms and technology at Bank of America, discussed how low consumer adoption can spell the end of any technology, regardless of how much potential it has.

One of the biggest causes of low adoption is if people find a particular solution or authentication method difficult to use. Financial institutions must find a way to balance security with usability and customer convenience.

Mr Gopalkrishnan said: "We need to know what our customers really want to use before we can commercialize something and put it out to [them]. Once we know they want something, then we can make it part of our platform, because then we're confident they'll use it and not leave themselves vulnerable."

It's also important to recognize that, however reliable biometric authentication is, the technology can still be undermined by threats such as malware. Michael Lynch, chief strategy officer at InAuth, explored this point in an article for Finextra.

Like any burgeoning technology, biometric authentication still has its fair share of challenges to meet and questions to answer. But these obstacles are quickly being overcome, partly through the work of mobile phone manufacturers, which is paving the way for biometrics to become a vital component of the 21st-century payments landscape.