Are banks missing a trick with ATM fees?

In banking, finding a way to stand out from the crowd is hard, particularly as customers increasingly see their relationship with their bank as commoditized and defined by nothing more than day-to-day transactions.

With that in mind, we can look to charges as one area where there is a chance for a competitive stance to be taken. Checking account charges creep up, but it’s to the ATM where we can see a real chance to differentiate the experience.

There is plenty of debate already about the overall impact of ATM fees, as they do help deployment and, ​therefore​, ​financial inclusion efforts. 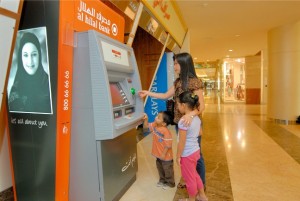 But in the most basic terms, no customer really wants to pay for using an ATM. And the research indicates that banks may be missing a trick by charging for their use.

It’s a similar story in India, a very different market in many ways to the US but one that shares the same desire among consumers for fee​-​free ATMs. The proportion of people saying it’s essential or very important to have access to a free-to-use ATM is almost identical to the US, telling us that it doesn’t matter where people live they want to access their own cash without being charged to do so.

It’s noteworthy that figures from the National Payments Corporation of India suggest ATM transaction levels fell by nine percent since fees were introduced by the Reserve Bank of India.

However, if it’s a choice between a fee-charging ATM or no ATM, consumers favor the former. According to the study, 90 percent of consumers polled said it is important to have access to a branch or an ATM. Just ten percent said they use mobile or online to the extent that an ATM or branch was no longer essential. Again, almost identical figures were seen in India.

Balancing ATM fees is not an easy task from a commercial standpoint​, but it’s one that clearly needs careful attention as consumers prefer to access cash without being charged to do so. But somewhere along the line, someone has to fund the ATM fleet.

Are ATM fees good for the bank, its customer or both?

Since the two-year ban on ATM fees in Nigeria lifted, there...