Are ATM fees good for the bank, its customer or both?

Overview Extract: ATM use in Nigeria and India provides some interesting insight into fee charging.

Nigeria and India have a lot in common. Both have around 11 ATMs per 100,000 adults; low compared to most mature markets, where we would expect at least one for every thousand people.

Both have also seen a dip in ATM transactions since the introduction of fees earlier this year. 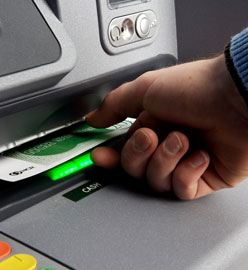 The Central Bank of Nigeria ended a two-year ban on ATM fees in September. Since then, banks have been able to charge roughly 40 cents on transactions once customers exceed their quota of free visits. The result has been a 10 percent fall in ATM use, and a 20 percent increase in POS transactions and mobile money payments, according to a report from Business Day.

Meanwhile, the Reserve Bank of India has limited customers in the country’s largest cities to five free transactions a month on their own bank network, or three on other ATM networks. Once exceeded, banks can charge 20 rupees per transaction, or around 32 cents.

Figures from the National Payments Corporation of India (NPCI) suggest transaction levels are down by around nine percent since the introduction of the fees, although not all banks are charging customers. From a cash management viewpoint though, higher value withdrawals are normal around Diwali, which is seen as partly responsible for the dip.

Nonetheless, it appears the clear outcome from charging ATM fees is a drop in transactions.

But is this a bad thing?

ATM fees split opinion. Are they good for the customer or not? The fees can pay to increase the number of ATMs and enhance network capabilities. Are they beneficial to the bank or do they drive people away?

There’s been some interesting, in-depth research on the topic, which could be used to inform bank policy - remember just because the central bank allows fees doesn’t mean the retail bank has to charge them.

A 2003 paper from researchers in Canada and the US suggested the effect on banks depended on their size.

ATM surcharges “positively impact the profitability of larger, but not smaller, banks”, explained the report, The Impact of ATM Surcharges on Large Versus Small Banks: Is There a Customer Relationship Effect? The authors added: “Overall, there appears to be a positive customer relationship effect for larger banks resulting from ATM surcharges.”

Separate research from 2009 showed that while fees hit the customer, surcharges can be “welfare enhancing” as they stimulate deployment. In countries where there are just 11 ATMs for every 100,000 consumers, this would be a positive.

In India, branch transformation is being driven by new...

Banking in Africa: The secret to success

Serving the "underbanked" across Africa is an ongoing...