Apple Pay and the banks - can they work together? 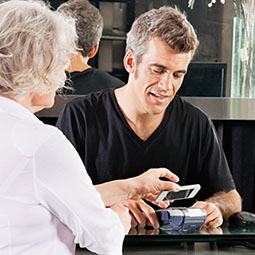 Apple Pay has been around for a while now, and for many consumers, it's become a great option for making everyday payments.

Nearly a quarter of iPhone 6 and 6 Plus users in the US (23.8 percent) had tried the service as of June 2016, with users citing its ease of use and speed as key reasons for embracing the technology.

But for banks, it may be a different story. The biggest issue for many financial institutions (FIs) may be that if they want to encourage mobile payments on Apple devices, they'll have to come to an agreement with Apple. This may not be a problem for some firms, but for those that have invested resources into building their own mobile wallet solutions, it's far from ideal.

As more consumers around the world turn to smartphones as their primary computing device, mobile payment popularity is only set to grow. So can Apple Pay and the banks work in harmony to provide consumers with the services they want?

Australia's challenge
While some banks have embraced Apple Pay and signed deals with the technology firm for access to the service, this isn't the case everywhere. Several Australian financial institutions in particular have recently been in conflict with Apple over access to the firm's ecosystem.

In July, three of the country's biggest FIs, Commonwealth Bank of Australia, National Australia Bank and Westpac Banking Corp, asked the Australian Competition and Consumer Commission (ACCC) for permission to team up and essentially negotiate as a group with Apple in order to bring their own digital wallets to the iPhone.

The arguments on each side
The banks' view is that by refusing to allow other mobile wallet apps on its platform, Apple has in effect created a monopoly, which gives it the power to dictate its own terms when negotiating for access to Apple Pay. Enabling collective negotiation would therefore help redress this balance.

Apple, on the other hand, warns that allowing the banks to work together will effectively create a "cartel" that will allow the banks to "delay the introduction of new, potentially disruptive technologies". It also states that the reason it disallows third-party mobile wallet apps on the iPhone is because it would compromise the device's security.

"Apple upholds very high security standards for our customers when they use Apple devices to make payments," the company said. "Providing simple access to the NFC antenna by banking applications would fundamentally diminish the high level of security Apple aims to have on our devices."

Can an agreement be reached?
So who's right? Both sides have their supporters, with Apple's backers warning that allowing FIs to work together in this way will give the banks too much control and stifle competition by enabling them to set their own fees for mobile services. On the other hand, Apple's “walled garden” approach has come under criticism, especially as its main competitor Android has no such restrictions on third-party services.

In August, the ACCC declined to give the banks interim approval to collectively negotiate, with a full ruling expected in October.

Even if the regulator sides with the banks, this does not mean Apple will be forced to relax its restrictions on other mobile wallets. But other FIs around the world may well be looking on closely to see what the decision – whichever way it goes – will mean for the rollout of mobile payment services in Australia.