Much is spoken in the financial technology media about the “death of cash” and how it will soon no longer be relevant as a payment method. We also continually read pure unfounded speculation that the ATM, be it a cash dispenser or intelligent deposit ATM, will see less usage in the future as consumers move towards more digital payments such as Apple Pay, Card transactions or Contactless. This isn’t actually the case and credible research backs this up. 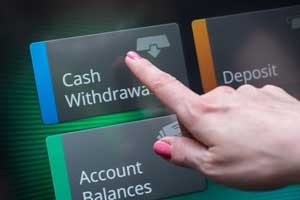 The global ATM install base is increasing Consumer demands are changing along with their preferences, expectations and demographics. Still though the ATM install base continues to grow. As at the end of 2014, the global ATM install base was reported as 3 million (Retail Banking Research Global ATM Market Forecasts to 2020). This is forecasted to grow even further in the next 5 years to 4 million by 2020. Whilst some markets such as the United States and United Kingdom are seen as mature ‘replacement only’ markets, there is still huge growth in the likes of Asia Pacific. The Chinese ATM market grew by nearly 100,000 ATMs last year to over 600,000 and is a great example of a growing dominant world economy where consumers still rely significantly upon cash. From an NCR perspective it’s good news too. There are over 813,000 NCR ATMs installed globally. NCR remains the #1 provider of ATMs globally and this has been the case for 29 consecutive years.

Cash withdrawals are increasing in value and volume Research from the same Retail Banking Research report indicates that the amount of cash withdrawn from ATMs is increasing significantly. It’s not only the value of cash that’s growing – something that could be put down to inflation – but also the volume of transactions, in terms of how often the consumer visits the ATM.

Interestingly, the value of cash withdrawals increased also. Over $14 trillion USD was withdrawn from ATMs in 2014 - up four per cent from the prior year. This equates to $27 million being withdrawn from ATMs around the globe every minute, or $446,000 every second.

Often, articles bemoaning the death of cash interestingly don’t ever make reference to the sheer scale of cash withdrawals.

Moreover, with the additional services now available on ATMs such as mobile cash, that run alongside cash withdrawals, the ATM will remain at the heart of consumer banking for many years to come.