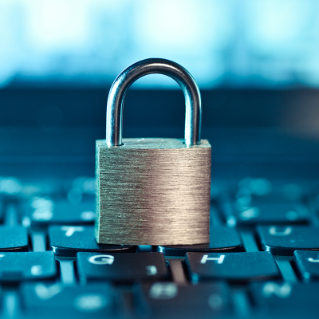 eCommerce fraud is on the rise. According to the PYMNTS.com Global Fraud Attack Index, which measures fraud attempts against online merchants in the US, the rate of attacks grew by 62 percent between Q3 2015 and Q2 2016. The proportion of revenue at risk rose by 55 percent, from $4.90 of every $100 in sales to $7.60 in every $100.

In its Fraud-Fighting Trends 2017 study, Sift Science revealed that payment fraud for digital and physical goods is among the biggest fraud concerns for online businesses, along with fake accounts. The report also stressed that merchants face a "delicate balancing act". More than three-quarters of respondents (77 percent) were worried about losing money to fraud, but almost the same amount (72 percent) were concerned about turning away good customers.

So with an increasingly complex and multifaceted threat landscape to navigate, what are the key steps online businesses should be taking to protect against fraud?

Harness new technologies
Online fraudsters are constantly innovating, looking for new avenues of attack and vulnerabilities in retailers' defenses. It's crucial for merchants to be just as inventive. Internet businesses should always have one eye on modernizing and reinventing their methods of protection, even if existing systems have served them well in the past.

The latest fraud solutions incorporate technologies such as advanced data analytics to improve detection and prevention of criminal activity. Machine learning and artificial intelligence also look set to play a big part in the fight against fraud in 2017.

Keep software up to date
Solid software is the foundation upon which any online business is built. Software must be consistently monitored and updated to ensure that it not only functions well, but offers the strongest possible protection against fraud.

Kyle Adams, one of the chief software architects at Juniper Networks, told CIO magazine that online merchants should install software patches for their systems as promptly as possible. "That includes the web server itself, as well as other third-party code like Java, Python, Perl, WordPress and Joomla, which are favorite targets for attackers," he said.

Track suspicious activity
There are many warning signs of potential fraudulent activity. Businesses that have rigorous processes in place to track as many of these indicators as possible will have an in-depth picture of the various threats facing their business.

Signals of suspicious activity could include a sudden influx of multiple transactions from a single internet protocol address and orders where the name of the recipient is different to that of the cardholder. Dedicated solutions can help by profiling and analyzing typical customer behavior.

Be aware of new threats
If one thing is certain in the fight against fraud, it's that there is always a new threat lurking around the corner. As well as continuing to shield their systems and valuable data from dangers they already know about, online merchants must keep up to date with the latest fraud trends.

This year, one of the biggest risks for businesses and consumers is identity fraud. In the US, account takeover and ID fraud have been on the rise in the wake of the EMV launch. According to Javelin Strategy & Research, six percent of US consumers suffered identity fraud in 2016, an increase of more than two million victims from the previous year.

By staying up to date on the latest risks and equipping themselves with cutting-edge tools and technologies, online businesses can ensure the strongest possible protection against this and many other developing fraud threats.