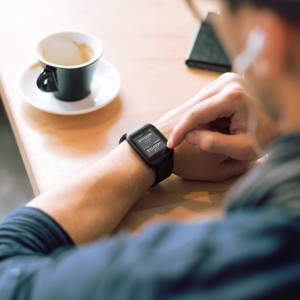 In the second installment of the beloved film trilogy “Back to the Future” Marty McFly steps out of 1983 and into a world of innovation. October 21, 2015 (the day he arrived) has come and gone and while the innovations we have today might be different than imagined in the movie, they are no less impressive.

For a tech geek like me, “Back to the Future Day,” made me reflect on some of the financial services experiences we now have that seemed so futuristic just a decade ago. With biometric authentication, we can easily check our account balance with just a thumbprint. With beacon technology, we can receive messages tailored for us right when we need it. And though we may still be waiting to skate on those neon pink hover boards, being part of the actual “future” means we get to see the great impact that having easy access to information on our wrists via our smartwatches will bring to the financial services world.

This growing base of smartwatch users can now view account balances at a glance and locate nearby branches and ATMs right from their wrist. But users will expect so much more. Even before the introduction of the Apple Watch earlier this year, smartphones had already set a new norm around getting our tasks done quickly and on the go. They have transformed the way we hail cabs, make restaurant reservations and manage our finances. We’re doing things on our mobile devices every day that just five years ago we did exclusively on computers, and in person just years before that. What impact will the smartwatch have?

What if your bank or credit union helped you keep within your budget by sending your bank balance to your watch while at the store? Sent with promotion reminders specific to that location? What if you could do your banking by giving simple voice commands?

Biometric authentication—such as Touch ID—might be employed in new ways on a smartwatch, authenticating you at the local ATM or letting biometric identification replace your debit card.

Early adopters of the smartwatch are leading the way and will help us develop what those future banking experiences should be. The way a user interacts with their bank or credit union on any device provides incredible data that can be harnessed to create the next future of banking … maybe with hoverboards. 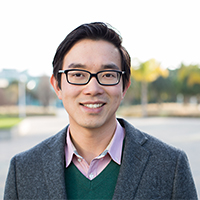 Marshall Yuan is a senior product manager at Digital Insight Labs where he has been leading experimentation in new solutions to help financial institutions engage and delight their end users.

Find happiness in the journey…and destination

Teams from across the business and around the world came...

NCR and Atlanta Falcons partnered to bring curb appeal and...